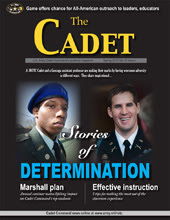 I did the story about one of the two guys on the cover of this quarter's The Cadet magazine.

It's the one about Capt. Scotty Smiley, who remained in the Army as an active-duty officer after a roadside bomb blinded him. He spent the last year or so as an assistant professor of military science at Gonzaga University.

Oh yeah, and after he got out of the hospital, he climbed Mt. Rainier.

But he did admit the climb was really hard.

It was an interesting story to write.

Photos I Took at Work 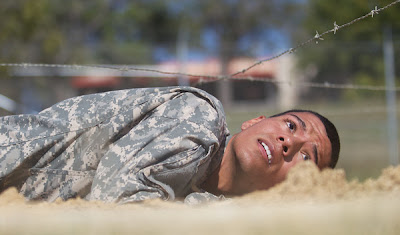 I usually post only stories I've written, but I thought it would be cool to link to a gallery of photos I took for work.

In October I went to Fort Hood, Texas, to shoot pics of a Ranger Challenge competition.

Here are some of the pics that weren't too tragic in this Ranger Challenge photo gallery.