Pennies saved aren't earned, so give the Devil his due 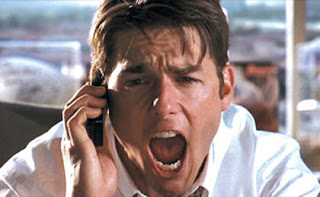 So you heard a National Hockey League team wanted to pay one player $102 million, and you were shocked.

And then you thought what folks have been thinking since Maximus ran a stellar chariot race and got paid with extra crowns made of twigs. Basically, you thought Ilya Kovalchuk, who plays one hockey position or another, doesn’t deserve $102 million from the New Jersey Devils. Your reasoning: No athlete deserves millions; we should give that money to people who make a difference, like teachers and firemen.

To which I humbly retort: Nah.

First of all, in this case we’re talking about hockey, which means it’s Canadian dollars, so those millions actually are only enough to buy a couple quarts of moose-tracks ice cream.

Second, saying athletes don’t deserve their money implies that people in America are only paid what they’re worth. In that case, how come nobody complains that there’s a bunch of old guys out there who can afford to pay $100-million salaries?

These gents get glowing write-ups in business-magazine articles that never actually say anything; they’re all meaningless buzzwords like “synergy” and “optimized end-to-end vertically integrated solutions.”

Anyway, did these guys earn their dollars any more than the athletes they pay? For instance, let’s look at the teams in the NFL’s AFC North — the division I know best because poor life choices made me a Browns fan — to see how their owners took control.

I mean, I know a bunch of schoolteachers, some as dedicated as Edward James Olmos in “Stand and Deliver,” others who spend their prime lesson-planning time the way Bradley Cooper did in “The Hangover.”

Firemen aren’t all created equal either. Sure, some are smokin’ enough to be on the cover of a calendar, but some are barely hot enough to be Mr. February.

Nobody makes what they should. That old guy at your work who falls asleep at his desk makes twice as much as you. Each “Jersey Shore” cast member makes $30,000 an episode. George W. Bush got paid $400,000, which is a reasonable salary for the leader of the free world, but every year he took at least six months of vacation.

And then there’s Anna Chapman, the coquettish, redheaded Russian spy. 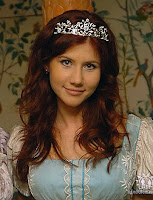 If we’d caught her in the old days, she would have had to fight James Bond to the death in a tank of sharks or eels or some other killer fish that were possibly equipped with laser beams on their heads. Now, we’re talking lucrative book deals and reality shows, just because some of her Facebook pics revealed a button nose and baby blues that could melt Siberia.

Actually, you know what, that one’s reasonable; I’m gonna allow it.

I’ll also allow the New Jersey Devils to pay whatever they want to the aforementioned Russian hockey player, whatever his name is — I don’t feel like scrolling up to check. I hope somebody throws that kind of money at me one day.

I also hope that dude’s not a spy.

National Hockey League player would be the perfect cover.
at July 25, 2010 No comments: